Salesian College Preparatory has a well-deserved reputation as the “home of champions”. For a relatively small school we have earned an impressive number of state and NCS championships across a number of sports. Since 2000 The Salesian athletic program has earned 5 California state titles, 28 North Coast Section Team Championships and 78 league championships.

As a school we are very proud of our victories, but as any champion will tell you, success in sports is accomplished through diligent training, focus, as well as a healthy dose of respect for the game. At Salesian, we endeavor to teach young men and women not only how to play on the field or court, but how to conduct themselves as ambassadors of the sport.

Just as important, we also recognize that being an athlete means much more than just wearing a uniform and competing against other schools. It also includes playing intramural athletics, cheering on classmates or even rising early to train in the weight room. At Salesian College Preparatory we support the development of the whole student, and the role of athletic activity is vital.

So whether you’re playing on one of our 34 sports teams or just looking to break a sweat, it’s a great time to be a member of the Pride! 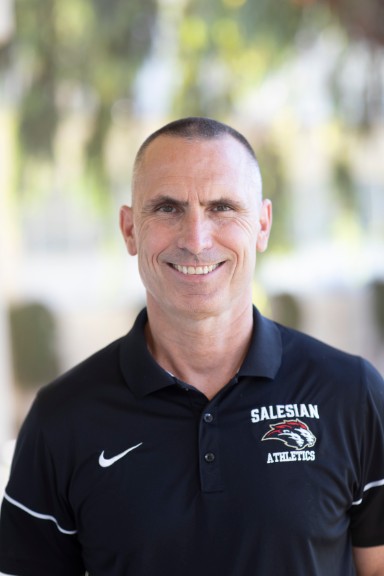 Follow us on MaxPreps for game scores and schedules!