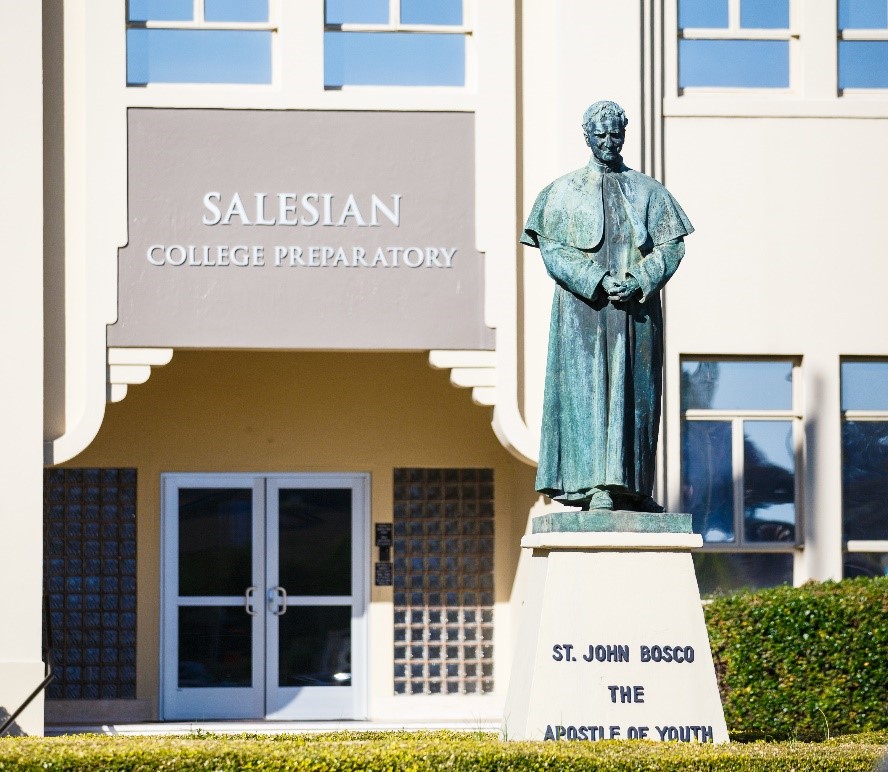 In 1927, the Salesian Society purchased the Emeric estate in Richmond, Calif. The Emeric mansion became the living quarters and offices for the Salesian House of Studies, a high school seminary for future Salesians.

The present gymnasium was constructed in 1940 and the three-story classroom building in 1950. The student center building, which currently houses the cafeteria, Student Leadership and Ministry (S.L.A.M.) Center, and the library, was erected in 1960. That year, Salesian High School was opened to educate young men of West Contra Costa County. In 1989, Salesian High School opened its doors to young women and became one of the few co-educational Catholic, college preparatory high schools in the East Bay. In 2014, on the 50th anniversary of the first graduating class, the school formally changed its name to Salesian College Preparatory.

Since its inception, Salesian students have gone on to attend many eminent colleges, universities, and military academies across the world, joining a global alumni association of graduates numbering many thousands from other Salesian schools in North America, Europe, Asia, Africa, South America and Australia.

About our Salesian Founder

St. John Bosco, or Don Bosco as he is commonly known ("Don" being the Italian equivalent of Father), was born in the foothills of the Alps in Northern Italy on August 16, 1815. His father died when he was two. In his youth he learned various trades which served him well when he later became a priest.

He spent most of his priesthood in the industrial city of Turin where he cared for young men from neighboring towns who flocked to the city in search of jobs. He visited the local prisons and soon realized that he needed to prevent young people from pursuing lives of crime. He opened a center to house young people and teach them one of the many skills he had learned: shoemaking, carpentry, blacksmithing and printing. Don Bosco chose as his patron St. Francis de Sales, a saint noted for his kindness and charity. From this saint, Salesian takes its name. Academic courses were also taught and from this humble beginning developed the thousands of Salesian institutions now in existence worldwide.

Don Bosco died on January 31, 1888. In 1934, Don Bosco was acknowledged by the Church as a saint, who lived out his life in the message of Jesus Christ. Pope John Paul II declared him Father and Teacher of Youth in 1989.